Believe it or not, we actually finally have an almost plan. Ready? It's watch and wait. BUT they did say we might be looking at going home towards the end of the week. I can handle that. He's still on the vent at night but they are going to try him on just CPAP tonight which means he will be getting constant pressure as opposed to that plus extra pressure with breaths. We still aren't sure if he'll be coming home with CPAP via vent but we will see.


Despite all of this, Rambo has been very much himself. Happily playing and learning something new almost every single day. 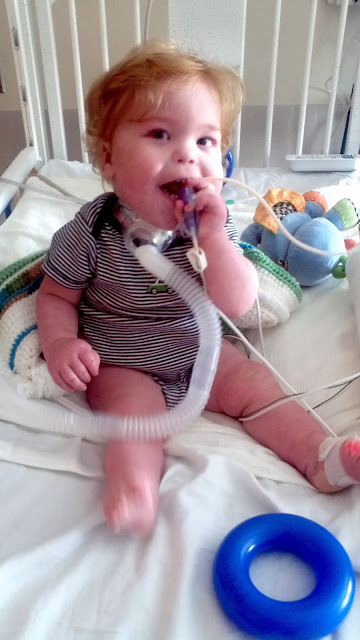 Sitting up without propping himself with his hands! 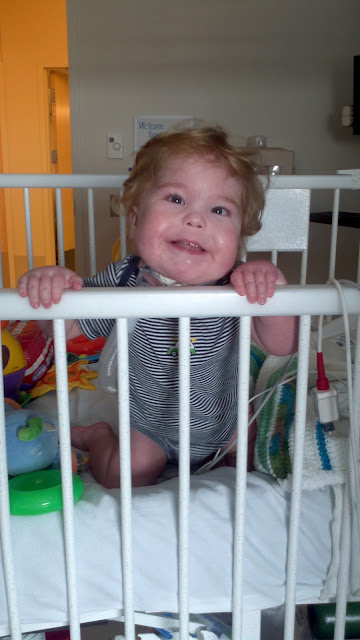 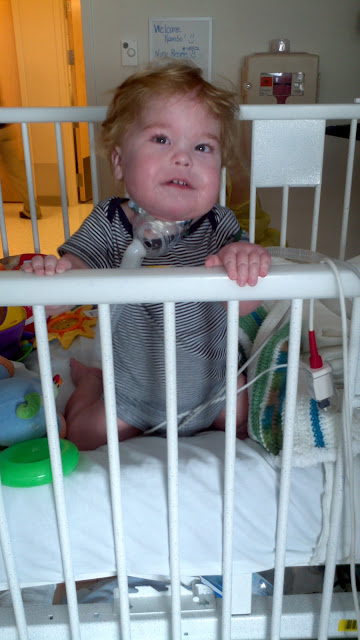 Um.. yeah... that's him learning to pull himself up. My life is officially over. :) 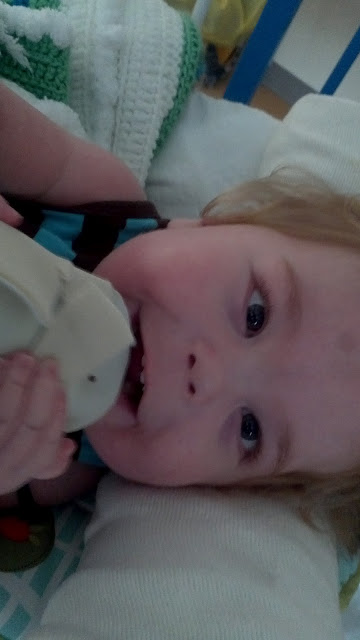 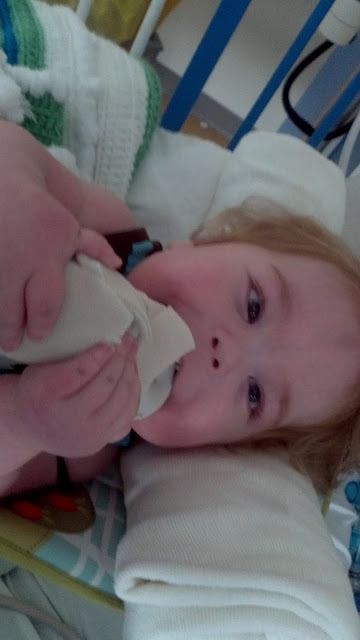 They finally made him braces for his feet. I've only been saying since he was born that
his feet were weird. It's all good, he's got them now. And he doesn't mind them too much
as you can see by the fact that he's chewing on them. 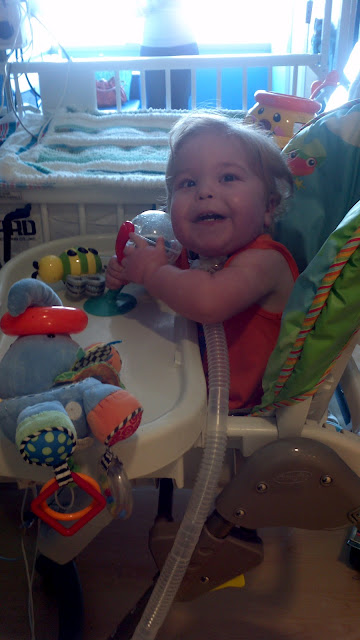 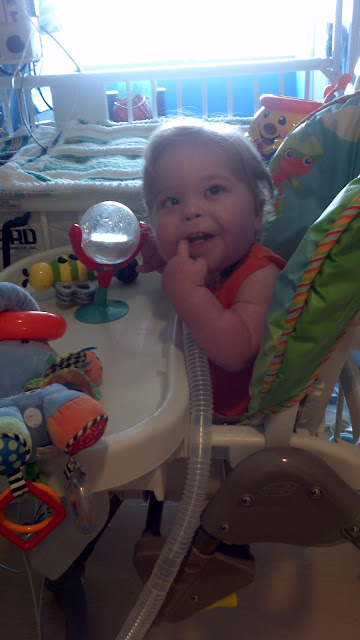 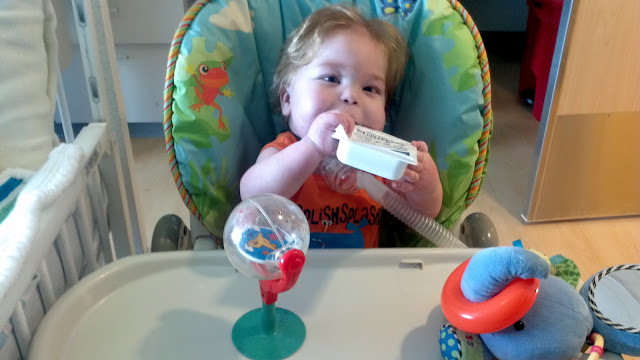 In a highchair for the first time. I SERIOUSLY need to find one of these. He LOVES it.

He also got a hair cut today. (I'll put up those pictures later.) Because of all the laying on his back from the vent he literally had a carpet back there. No more- just really cute curls now.

Also, his second "jewel" has been located. Phew. We'll take care of that a couple months down the road.