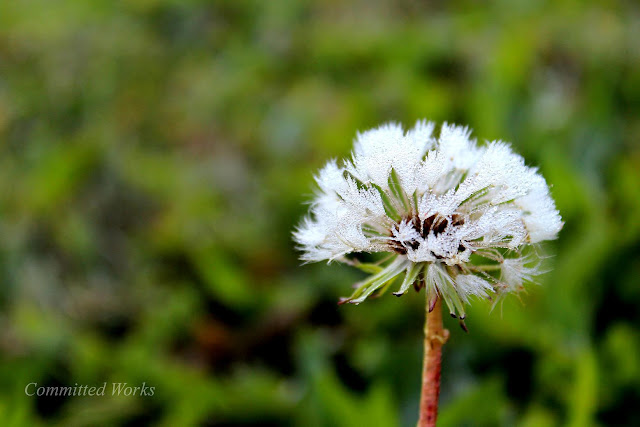 
A single weed in the middle of the yard.

So who really cares, right?

It's a weed. Basically a dead weed.

It will be tromped under foot and fall apart and be ugly.

And who cares that a weed's seeds are being spread all over the yard only to leave more weeds for next year that bees will inhabit?

And those bees will sting my children's feet.

And make the yard look like an utter mess because they inevitably grow faster than the grass. 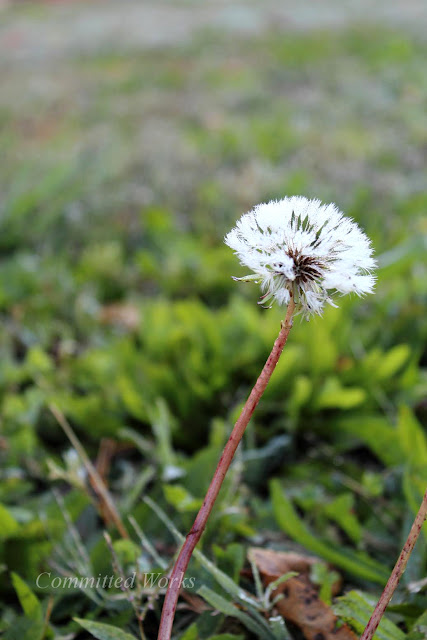 The bloom is gone.

And I realized that's why I stopped and ran back to the house and grabbed the camera and a towel to kneel on to take a picture of this.

Because it's not until the flower is dead that it becomes something worth taking a picture of.

When the dandelion dies, only then does it become beautiful.

And it's a picture of me.

Only when I die to myself am I fully alive in Christ.

And don't I want that?

I don't want to be an ugly yellow bloom that's not worth a second look.

I want to be something that makes t-shirts and tattoos and logos and pretty pictures.

Something worth running back to the house for.

God already told me I was worth it - worth dying for.

Now I need to live it, through death.

Because dying is living and living is Christ.

Email ThisBlogThis!Share to TwitterShare to FacebookShare to Pinterest
Labels: God