It's the same every year.

At least it feels the same.

Bidding good riddance to the past year. Don't let the door hit you in the you-know-what.

Bigger and better things are in store for me (hopefully).

Then those promise filled days turn into frustrating weeks
and disappointing months and depressing seasons.

And those bigger and better things never come.

And this time you're telling the year to kiss you in the you-know-what.
Forget the door, you'll take care of it yourself.

And the cycle continues.

My broken pieces are supposed to be growing into beauty but they are weeds instead.

Where is this treasure? I am only a jar of clay.

"But we have this treasure in jars of clay, to show that the surpassing power belongs to God and not to us."

But I still try. And I always end up with weeds instead of flowers.

Somewhere along the line when I don't like what has come my way I start to lose my way. I start. And those buds that would blossom into beauty given time break off. They die. I kill them.

I don't know why I don't have any flowers. And I don't like it.

Where is this treasure?

"I have said these things to you, that in me you may have peace. In the world you will have tribulation. But take heart; I have overcome the world.”

We will face tribulation. We will be afflicted and struck down. But IN HIM we will not be destroyed. In Him there is beauty from the brokenness. The power belongs to God, not us.

But we have this treasure in jars of clay, to show that the surpassing power belongs to God and not to us. We are afflicted in every way, but not crushed; perplexed, but not driven to despair; persecuted, but not forsaken; struck down, but not destroyed; So we do not lose heart. Though our outer self is wasting away, our inner self is being renewed day by day. 2 Corinthians 4 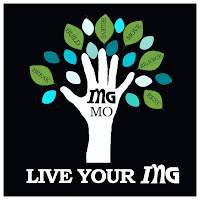 INGMO IS COMING.
(FindING and livING out all the important thINGs in your life.)